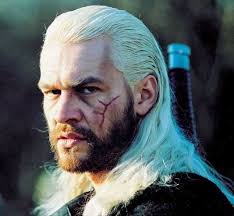 Polish writer Andrzej Sapkowski is the author of the bestselling The Witcher series. He successfully narrated the tale of monster hunters, called Witchers, who develop supernatural strength to go toe to toe with deadly beasts. The short stories and novels developed a cult following and spawned a TV series (according to TheVore.com the Henry Cavill fantasy show is coming out in 2020),  a movie, videogames, and a graphic novel. But The Witcher Saga is not the only popular fantasy novel. Here are others of the same genre and storyline.

The Lord of the Rings series by JRR Tolkien

This epic fantasy novel by JRR Tolkien is one of the bestselling novels of all time. It follows the epic journey of hobbits, of man, of a dwarf, an elf, and a wizard to bring the One Ring to destruction. Their journey and the obstacles they faced are chronicled in three books, The Fellowship of the Ring, The Two Towers, and The Return of the King. See how hobbits, man, dwarves, and elves stand side by side to fight the evil forces led by Sauron, the Dark Lord. And of course books like The Hobbit.

The Kingkiller Chronicle by Patrick Rothfuss

Patrick Rothfuss writes The Kingkiller Chronicle, a book series that tells the story of Kvothe, a traveler who had many adventures. He lives a quiet life now as an innkeeper so he just recounts his life adventures to Devan Lochees as Chronicler, the scribe. He shares his time at University and learning combat skills. The Kingkiller Chronicle is a trilogy, with the 3rd installment in the works but with no release date yet. Each book depicts one day of Kvothe telling his story.